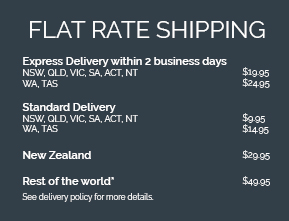 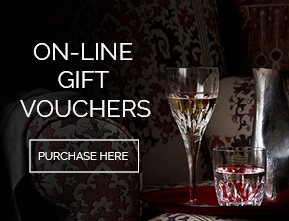 Waterford has a heritage of over 200 years where hand craftsmanship, precision skill, artistic excellence and creativity have been at the core of the brand. Waterford Crystal designs, manufactures and markets an extensive range of crystal stemware, barware and giftware for distribution throughout the world. In recent years, Waterford has built upon its reputation as a leading source of stemware, drinkware and gift products. Each initiative reflects the company's commitment to creating prestigious products -- for gift giving, entertaining, and home decorating -- whose classic designs transcend time.

The company of Waterford was first established in 1783 on land adjacent to Merchants' Quay in the heart of the Irish harbour town of Waterford. Its founders were two brothers, William and George Penrose, who were important developers and principal exporters in the city. Their vision was to "create the finest quality crystal for drinking vessels and objects of beauty for the home." More than two hundred years later, the reputation they established for creating crystal of unsurpassed beauty and quality has transcended the intervening centuries.

The beginnings of glass making in Ireland are lost in the mists of time but there is sufficient archaeological evidence to show that, from the early Iron Age, glass was regarded with respect. Indeed, medieval documents can prove glass making existed in Ireland back in the middle 13th century.

However, the Waterford Crystal story started to blossom in 1783 when two brothers, George and William Penrose, founded their crystal manufacturing business in the busy port of Waterford. The development, they told the Irish Parliament, cost £10,000 - a great deal of money in the 18th century.

They employed 50 to 70 people, led by a fellow Quaker, John Hill, from Stourbridge in England, and succeeded in producing crystal with a purity of colour unmatched in Ireland or England. Merchant ships sailed regularly from the port of Waterford with cargoes of crystal bound for Spain, the West Indies, New York, New England and Newfoundland.

But less than 100 years later the initial company failed due to lack of capital and excessive taxation. In what seems a remarkably short time, Waterford Crystal acquired an unequalled reputation that has transcended the intervening centuries.

Another century passed before the enterprise was revived. In 1947, while Europe was still in ruins after the second World War, a small glass factory was set up in Waterford just 1 1/2 miles from the site of the original glass factory.

Waterford Crystal today has very strong links with its illustrious predecessor. There is today the same dedication to the purity of colour, to the same design inspiration and to the same pursuit of highest quality levels possible. The traditional cutting patterns made famous by the artisans of Waterford became the design basis for the growing product range of the new company.

Waterford Crystal, today, is the leading brand of premium crystal. Its products - superb handcrafted crystal stemware and giftware - are designed and manufactured to the highest standards.

Waterford Crystal has become almost a synonym for the finest quality crystal sought after by collectors and connoisseurs around the world. Each piece of Waterford is watermarked with the word "Waterford", a signature indicating the name of the finest crystal in the world.

X
Please wait...
JOIN THE WATERFORD COMMUNITY
Register an account now to enjoy the perks of Waterford plus 10% off your next purchase*.
REGISTER